We have never published a serial on www.storieparalimpiche.com. Or at least not a declared serial.

Let’s start today. With a series.

We can define it an action series, but silent.

The prologue is an old story, you can read it here. It is set at Roman Rosell Institute of San Isidro, in the province of Buenos Aires, Argentina. There, in December 2015, our first meeting with the Murcielagos and with a sport that is for two-thirds of South Americ took place. Actually, it’s better to say, for the benefit of local nationalists: one third Argentine, one third Brazilian and one third Spanish.

This evening the Murcielagos, the Bats, namely the players of national blind football team of Argentina, debuted in the Paralympics in Rio, easily beating Mexico. A 2 to 0, which could be wider, with two goals, scored in the first few minutes, the first by Maximiliano Espinillo and the second, almost like a dance step, by the captain Silvio Velo when he just came into the game, at the eighteenth minute.

They, the Murcielagos, played and won this game, with all the public against them.

An audience encouraged several times to be quite by the creative Anglophone speaker, that, since all the players were native Spanish speakers, tried to communicate with them and with the audience in a creative way, even inventing a new word, estacheio, to indicate the corner ( that in Spanish it is also called corner). 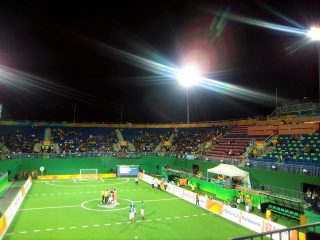 An audience that chose, en mass, to support Mexico. Because rivalry between Brazil and Argentina is evident in all fields, even on the Olympic Tennis Centre, so far our favourite plant. It is small, confusing and disorganized, recalls a bit’ the potreros (the little grass playground of suburban) on which Silvio Velo and his teammates started playing as children.

It will be a hard and exciting journey, that of Murcielagos, a team full of star players, of technical and professional skills. A journey that eventually could cross that of their eternal rivals. They, this morning, won by 3 to 1 against Morocco, playing at home. The silent support of the watchers is all for them. 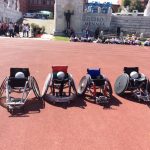 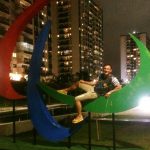 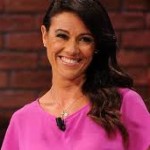 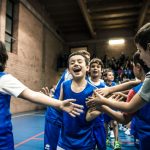 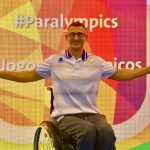